Part of the Learning in Harmony Trust

"In the Learning in Harmony Trust, we work in harmony to achieve excellence for all. We live and breathe our values and focus on doing things the right way, providing the perfect environment for all our children to flourish and succeed. And with a diverse range of schools in two contrasting locations, we offer a unique opportunity for professionals looking for a challenging and rewarding career in a supportive, creative and forward-thinking environment."
Click here to find out more about the LiH Trust.

We are delighted to have developed a partnership with the Law Firm Cleary Gottlieb, who are based in The City. The link between Cleary and New North came about through The Lord Mayor’s Appeal where both organisations were speaking as advocates for two other wonderful charities; The Power of Diversity and Place2Be. Miss Percy (New North’s Headteacher) and Raj Panasar (one of the firm’s partners) connected and thought through ways in which the organisations might work together and a really super relationship has formed… which benefits both our children and Clearly Gottlieb’s staff too.

Cleary Gottlieb have directed their Pro Bono Coordinator to work with us and have established a really interesting, and highly valuable programme of learning that covers a range of employability skills to our children in Year 6.

Inspired by how enthusiastic our children were, this led to further work together where NNA were invited to partner with the Law Firm for City Giving Day. What has been lovely about our relationship with Cleary Gottlieb is how each organisation benefits from the other. Children have the opportunity to work alongside, learn from and be in the company of inspiring individuals, broadening their thinking and aspirations about what their own future could hold, and colleagues at CG have enjoyed how refreshing and inspiring it also is to work with such interesting and interested young people – who really lifted the spirits of the entire office when they visited in September!

Tuesday 25 September was City Giving Day, the one day in the year when businesses celebrate and showcase their charitable and volunteering efforts. This year, children from the New North Academy were invited to spend the morning at the Cleary Gottlieb offices. They spent the morning learning about both civil and criminal law, before taking part in a thrilling court case scenario. The children had the opportunity the play the part of a lawyer, judge, witnesses and member of a jury. The case of ‘The Missing Necklace’ was tightly contested by each group, however it was finally concluded just in time for lunch; most judges returned a ‘guilty’ verdict. 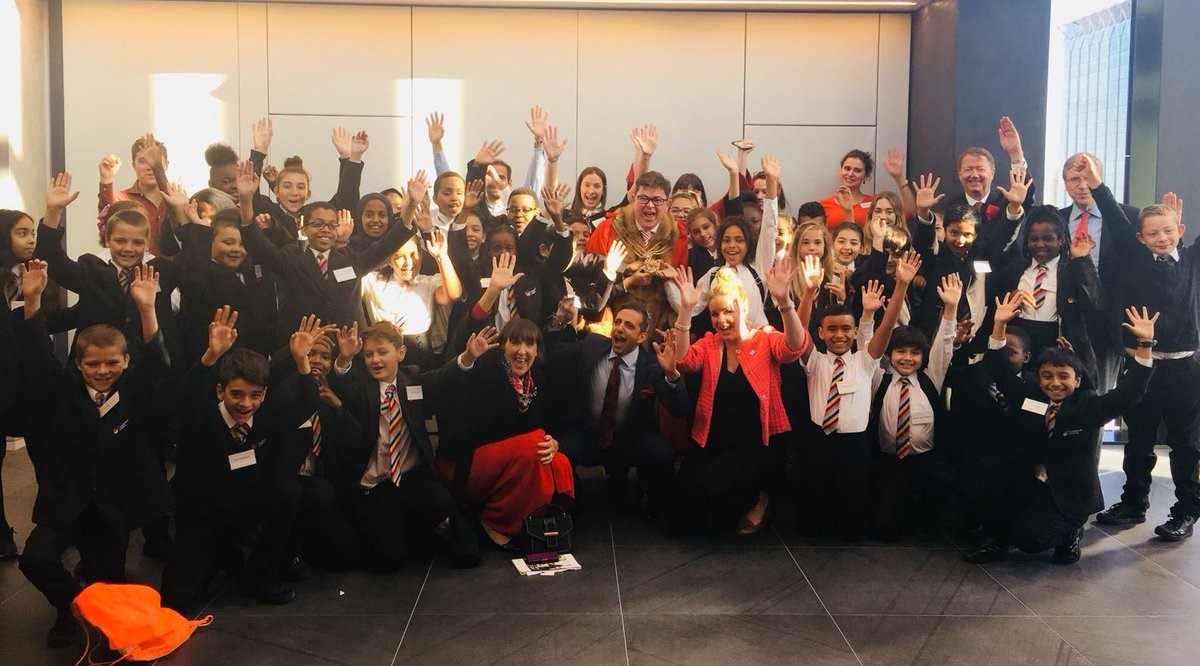